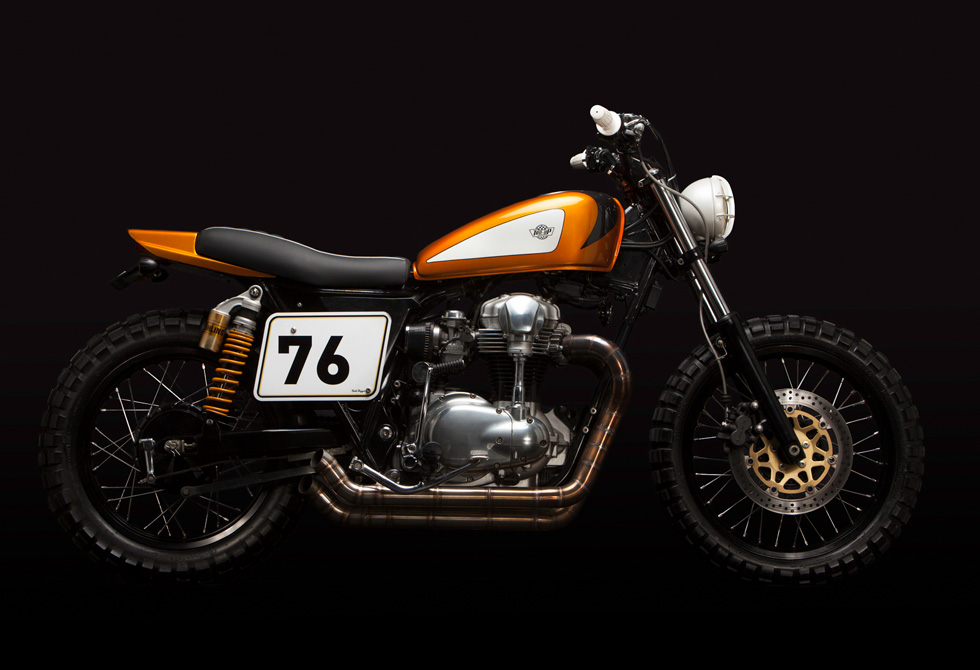 Well, the boys are at it again. Introducing the Gold Digger by Ton-Up Garage. Absolute cool. From the beginning, the boys of Ton-UP Garage have aspired to create a bike that combined the Flat Tracker racer style with the ride-ability of a street bike.

Pedro and Daniel, enduro riders by nature, sure know how to build them. When they first started the Gold Digger, the base came from a partially customized 2004 Kawasaki W 650, however, that didn’t stop them from creating a beast of their own. I appreciate how they kept most of the engine stock. Other then a few mods, it fits this bike just perfectly. Like they say, if it isn’t broken, don’t fix it. I feel that that bike builders sometimes go way over the top. This bike is definitely no Orange County chopper, and I mean that in the best possible way. 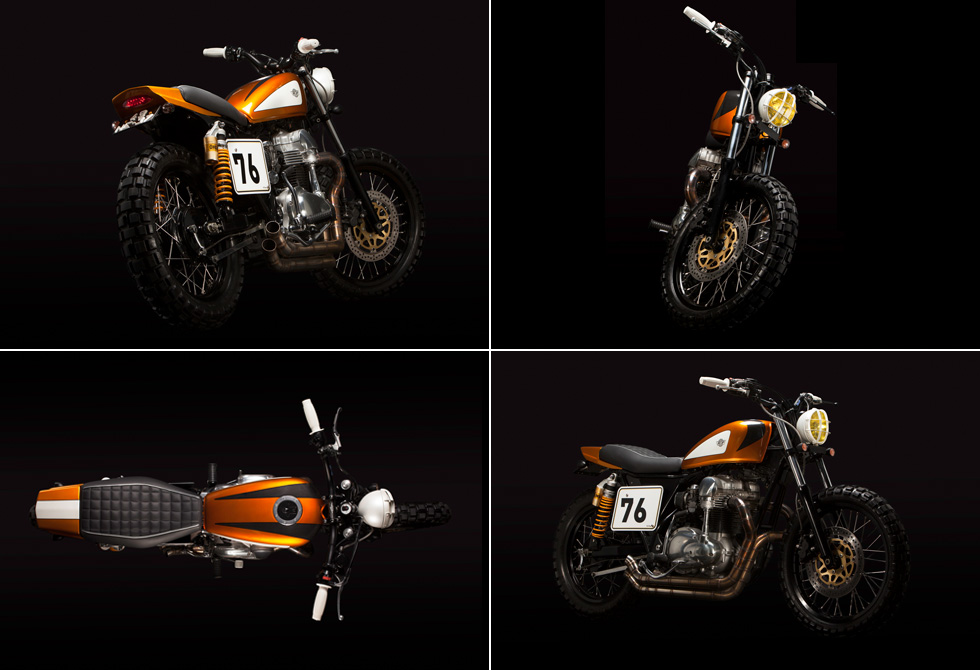 What customization they have done showcases Ton-Ups personality. They designed and handmade the exhaust, and it screams dirt racer. They followed that up with a shortened rear, and added new covers on both sides beneath the seat. The seat was redesigned, becoming a single-unit. The gas tank was also replaced with a smaller, shorter version that compliments the small new speedo and turn signals. To top it off, the feature we digg the most, is the addition of off-road tires. When combined with the grilled light it makes this bike look like one aggressive SOB.

The Gold Digger’s paint is a beautiful combination of pearl white, black and gold. Normally I’m not a huge fan of gold, but when it’s used with the right application, it’s a thing of beauty. I know some of you are thinking winter is on the way, so all the more reason to keep those thoughts focused on next season’s summer rides. Unlike many custom bikes that are untouchable, the Gold Digger isn’t, in fact it goes on sale next month. All we have to say is that this is one Gold Digger that Kanye West would approve of.

Say hello to the Model No.3 Titanium commuter bike. The No.3 by Paul Budnitz is the ultimate daily commuter, not only does this...

The Frame Hand Pump by Mijnen Pieper is no stranger to being pumped up. If you’re in the market for a pump to match...

Dominate the adventure landscape with the LC79 Super Tourer. When adventure calls for the less beaten path, make sure you have a capable...

Introducing Sanborn Canoes, taking to the water redefined. If you’re like us and can’t wait for the snow to melt and waters to...

Save your life and your ass with the Bicyclecrumbs Fendor Bendor. Being seen on the road is an ever growing challenge (especially with...