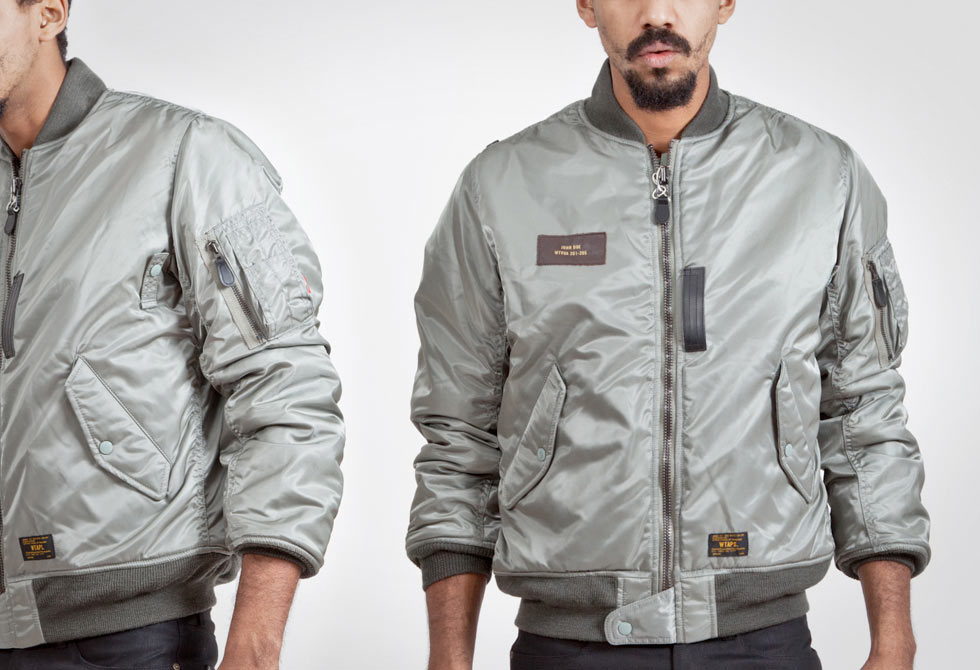 This wouldn’t be the first time I’ve owned a Bomber Jacket, but the MA-1 Bomber Jacket by Wtaps is definitely the first time I’ve considered spending almost 1000 euro on one! The MA-1 Bomber jacket is not a new look, originally designed in the 1950’s to keep American fighter pilots warm and dry at high altitudes, the design and appeal of the jacket has evolved considerably over the last 60 years. More specifically, the bomber jacket became popular in Europe, North America, and Australia during the punk and mod movement of the 80’s. Originally available in blue and green, Wtaps has produced theirs in a minimalist olive drab color. In creating their clothes and accessories in Japan, Wtaps believes in maximizing the potential of a product, within the limits of the design. The MA-1 Bomber Jacket does exactly that. Staying true to the original design of the jacket, Wtaps incorporates contemporary details that are consistent with clean modern look and feel. Get yours here.

Your bacon’s safe with Crave’s Denim Motorcycle Jacket. Leather may be the standard issue for the open road, but when you’re protected with...

The Axe 2 Kevlar Shirt may not be bullet proof, but it’s pretty darn close. Just cause’ you ride, doesn’t mean you need...

Get your urban fix with the Jackson Jacket from Upright Cyclist. Motorcycle ware is appealing on so many levels, usually it’s designed to...

Meet the holy grail of outdoor Shell Jackets. Waterproof, ultralight and insanely durable. Hyperlite’s The Shell is a technical jacket like no other....

The Canada Goose and Concepts Lodge Hoody Jacket is the result of an impressive co-branding initiative. Concepts aren’t new to the block when...

Stay wild with the WILD Chore Coat. If you’re like us, then having a multi-purpose coat that works well in all situations is...