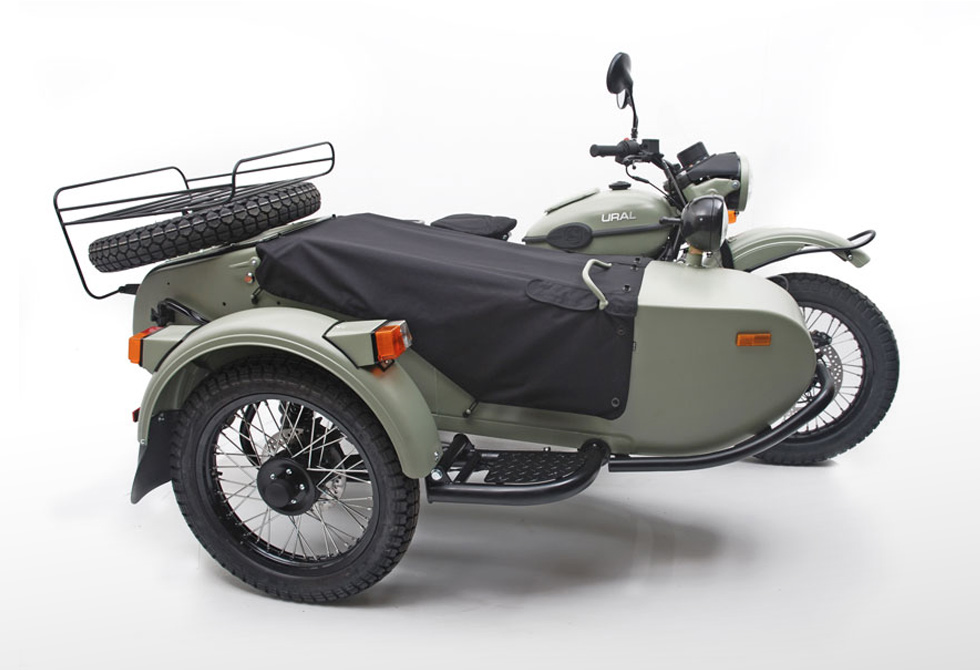 The AK-47 has nothing on the new 2014 Ural Gear Up Motorcycle. If you’re in the market for a utility bike with a rich military history and is as tough as nails, than look no further. The Ural 2014 lineup comes with a host of new improvements such as 3 wheel Brembos disc brakes on the  front and side car, and Hayes in the rear.  The lineup also boasts increased power through fuel injection, and an off-road proven 18-position hydraulic damper. The Ural Gear Up is one awesome looking bike. Not many bikes (none that I can think of), has the capability to jump off-road, tackle outdoor obstacles with its 2wd, and have room for all your gear.

The Bowlus Road Chief Trailer will once again see the light of day. The Trailer was originally designed and manufactured in 1934 by...

Get ready to hit the road running with the HB Coupe Road Racer. We hate it when concepts are produced but sadly fall...

Introducing the Oto Cycles BCN OtoR Electric bike, a bike with a vintage soul driven by technology. The more I think about it,...

Introducing the My Eye On You skate deck set by Kai and Sunny. UK based artist duo Kai and Sunny have collaborated with...

Step into the past with the Range Rover Reborn. In 1970, a time of civil unrest and god fobbing bell bottoms, a true...

Who would have thought wood, the material that whizzes by you on the trails, that we build stunts from, would be such great...