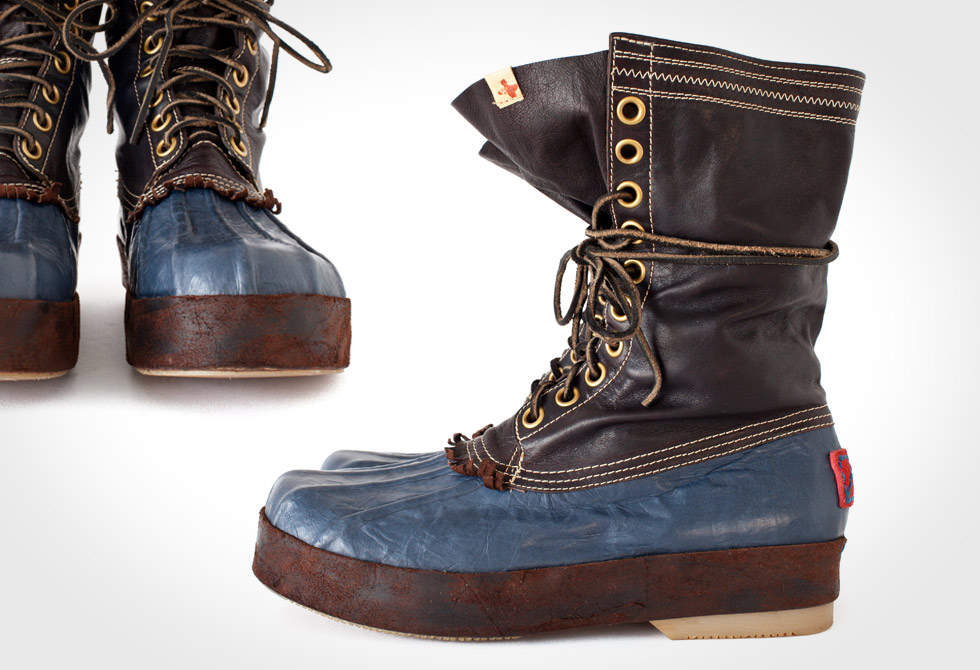 What you see is what you get with the Visvim Decoy Duck Boot Alu-Folk F.I.L Exclusive. The Visvim Decoy Duck Boot Alu-Folk began as a special project originally produced for its F.I.L boutiques. Lucky for us, they’re available from retailers worldwide, and the design is as original as they come. Based on nomadic lifestyle tendencies, Visvim handcrafted the Decoy Duck Boot using artisan construction practices. Made using premium cowhide, waxed kangaroo leather, natural cork footbed and a fortified thick afed leather midsole on a vibram gum sole. These combinations creates a raw beauty that is inherent to handcrafted items, and is one reason we dig these boot so much. Visvim has done an awesome job with the Decoy Duck Boot, and even though the price is steep, they are worth every penny.

Get yours at Visvim’s official web store.

Go two-tone in a pair of Alaric kicks. Minimal to its core, this classic casual silhouette is interpreted with a unique two-tone design....

Introducing the OVE boot by Kavat, a boot that stands for something. It’s one thing to buy well made boots, but it’s another...

Introducing The Grid Hightop Shoe, a new hightop in a league of its own. Hightops are synonymous with sport, and have been ever-changing...

Nothing to see here, just some footwear brand named Velt doing things right. These shoes aren’t mass produced by any means, as each...

Walk like royalty in a pair of N0.288 Prince Sneakers. This ultra-minimal approach to the classic tennis shoe is crafted from pure calfskin...

Time to celebrate with a pair of Adidas x Union 10th Anniversary SuperStars. The first collaboration between these two fine companies happened ten...