Enlist in the Swedish Army with the Smog & Alelier de l’Armee Fixed Gear Bike. The urban commuter battle field just got a fresh supply of style with the latest collaboration between Paris based Smog Bicylettes and Amsterdam based Atelier de l’Armee. These two detail-oriented companies have come up with a deadly combination which is more than functional, it wavers on the cusp of fine art. The bikes frame (a Smog Metropolis original 4130 cromo), has been hand painted with a smoking camouflage pattern, based on the Swedish army M90 camo. It’s beautifully finished with a wooden Tibaut Malet handlebar and leather Brooks Saddle. Atelier de l’Armee enters the fold with a handcrafted  backpack which has been beautifully customized to fit the frame. In addition to the backpack, they have also crafted a custom made tool roll. Both of them are made using 1950’s French army duffle bag, dead stock cow hide leather for the outside, and indigo chambray and Japanese selvage denim dead stock for the inside. If your daily commute is a battle of the strong vs. the weak, you might want to arm yourself with this well made, skillfully crafted war machine because it’s the one who is the most prepared that will come out on top in the end. 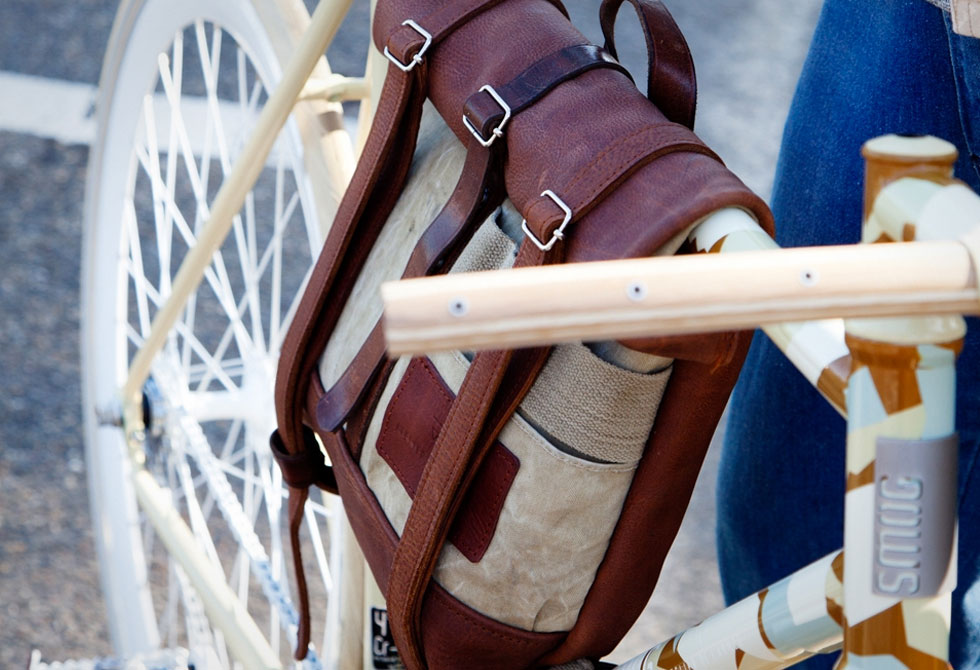 Give your legs a rest with the ICON E-Flyer Electric Bike. This bike may be inspired by the WWI era motordrome board racer...

Get your basecamp set-up in seconds, thanks to the new Opus Air Camper. It’s as simple as unclipping, unfolding and waiting 90 seconds...

Protect your prized two-wheeler with the Airlok Bike Rack. Airlok is the first wall-mounted bike storage with an integrated hardened steel locking system....

Introducing My Esel Bike, an urban commuter that fits like a glove. If you’re a commuter that seems to be in-between sizes, then...

Enlist in the Swedish Army with the Smog & Alelier de l’Armee Fixed Gear Bike. The urban commuter battle field just got a...