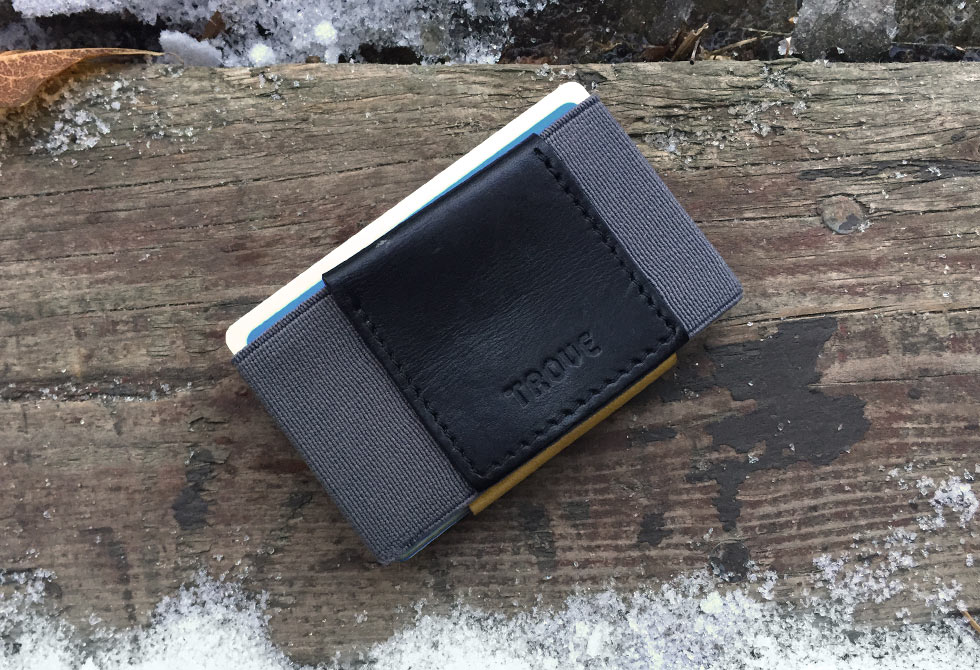 With all the latest gadgets offered for your phone, you might just think wallets are slowly on the decline. Maybe they are, or maybe they aren’t, but I could never see a smart phone totally replacing my wallet. We were first introduced to the Trove wallet when we profiled them on our site. It was a kickstarter project that was well on its way to being funded, and we could see why. With that in mind, we reached out to the fellows at Trove wallets to see whether we could truly test this baby out. Four months have passed and we’ve been putting it through its paces, and let me tell you, this wallet doesn’t disappoint.

First impressions
We received the little wallet called the Trove in a simple no-thrills package. Our initial reaction was, wow, simplicity is truly appealing. For such as simple idea, you can tell the designers put a lot of thought into the functionality and execution. For starters, the materials are high quality. The leather is made from two layers of bonded full grain Italian veg-tanned leather which has a great feel to it, although we would have preferred it to be a tad thicker. We initially had doubts about the feel of the elastic, but we were proven wrong as it also feels and looks like a high quality Italian material. When it came to handling the wallet, it literally felt like next-to-nothing bolstering the whole minimal wallet appeal. If this hasn’t started to sway your opinion, keep on reading.

In Use
Like every other guy, our wallet is as important as any of our other gadgets. It houses some damn important stuff like our license, credit cards, memberships, and cash. We’ve found that when we’ve had large wallets, we’d stuff them full of items we didn’t need. We’ve been fed up with this constant hoarding and threw away our existing wallets as soon as the Trove arrived and never looked back. The Trove wallet pretty much does everything that they says it will. First, the wallet has three different areas to store cards, cash, or photos. This is truly handy because few minimal wallets give you that kind of versatility. The bills fold up nicely and stay securely in place. If you like to carry a wad of cash around like a mobster, this might not be your cup of tea.

When it came time to placing my cards in the wallet,  the true challenge was pairing down the junk from the important must-have cards (which took me longer than I would have liked). Trove suggests a maximum of 10 cards, however, I managed to fit 12 cards which included my 2 slightly thicker security swipe cards. Although everything fits OK, it’s probably a good idea to keep your card account to a minimum, so not to defeat the purpose of going minimal. Even with a paired down wallet, over the first few weeks it took me a while to sort through the cards when called upon. I’ve now mastered the wallet by keeping frequently used cards near the edge.

The wallet works perfectly with my security swipe cards (no more annoying dongles to wrap around my neck) and also for emergency cash I like to carry. One detail that kinda annoyed me was storing my business cards. The corners tended to get damaged, and thus looked a little ragged when retrieved. I managed to fix this by storing a few business cards in a sleeve designed to protect chipped credit cards.

Final Thoughts
The Trove wallet has changed my whole perception of what a wallet could and should be. It has survived my constant abuse to only show subtle fraying on one small edge, which hasn’t impacted the overall use of the wallet. Even with serious use and abuse, the Trove wallet is fairing incredible well.

Try it out for yourself and get yours at Trove’s online store. 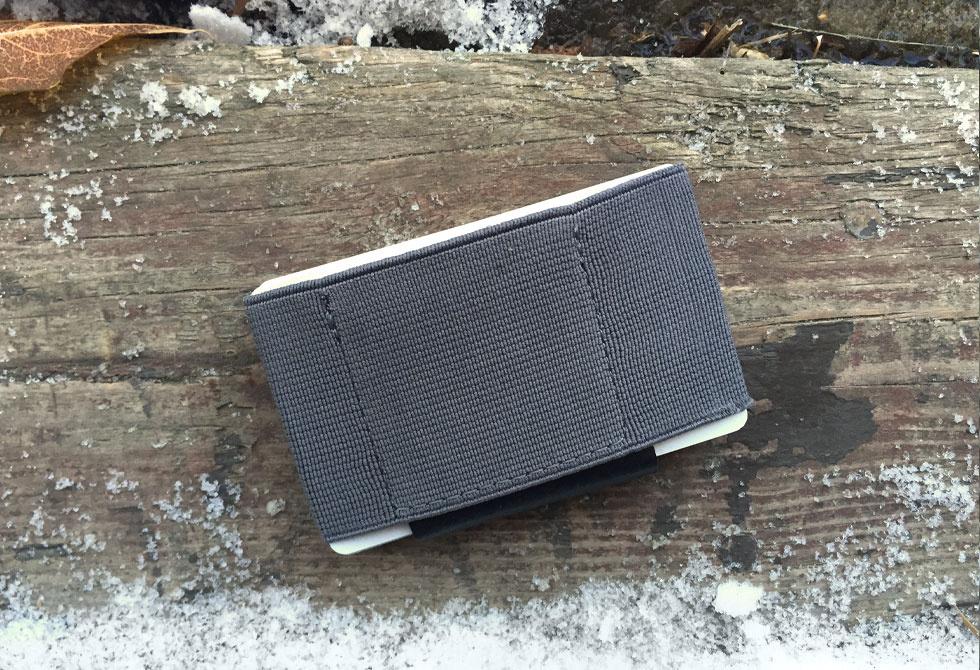 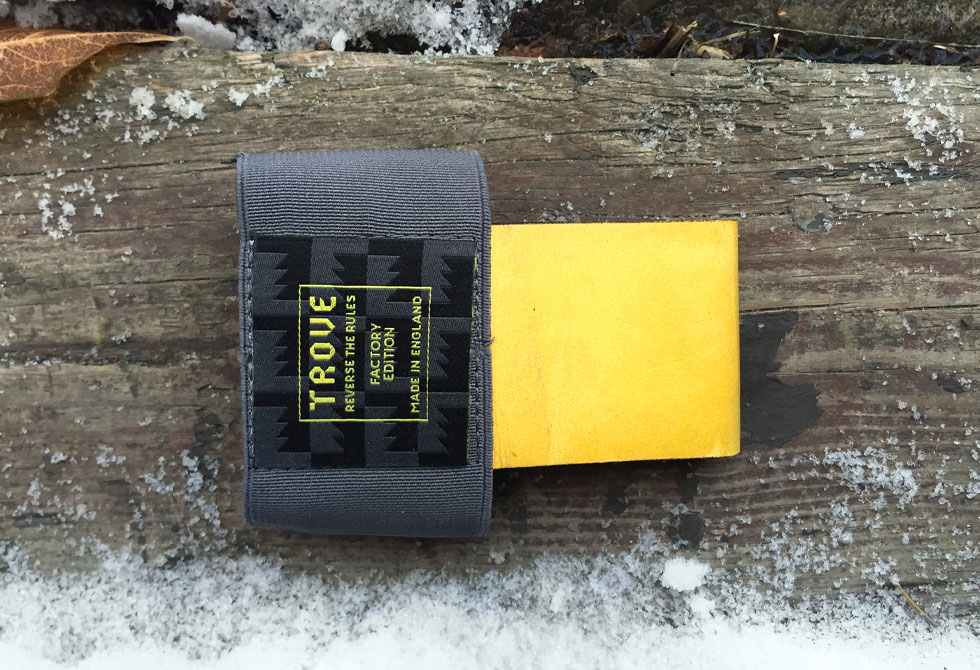 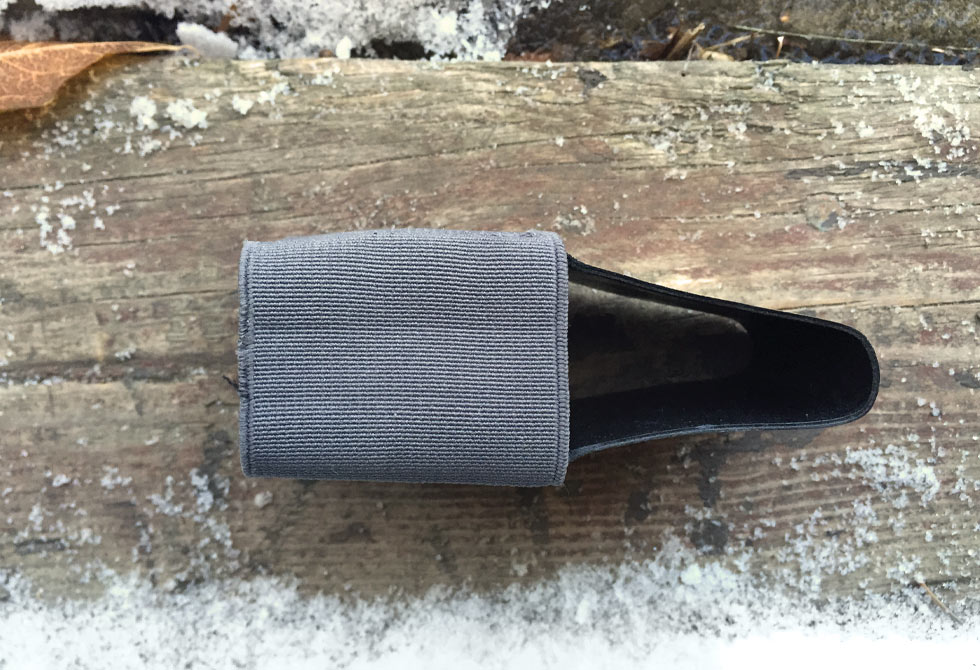 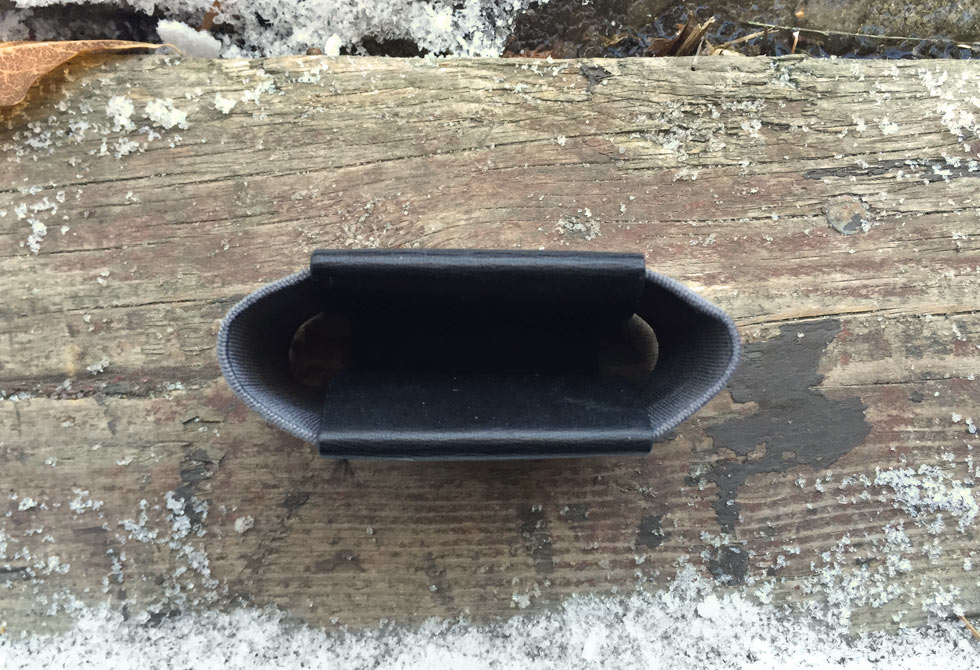 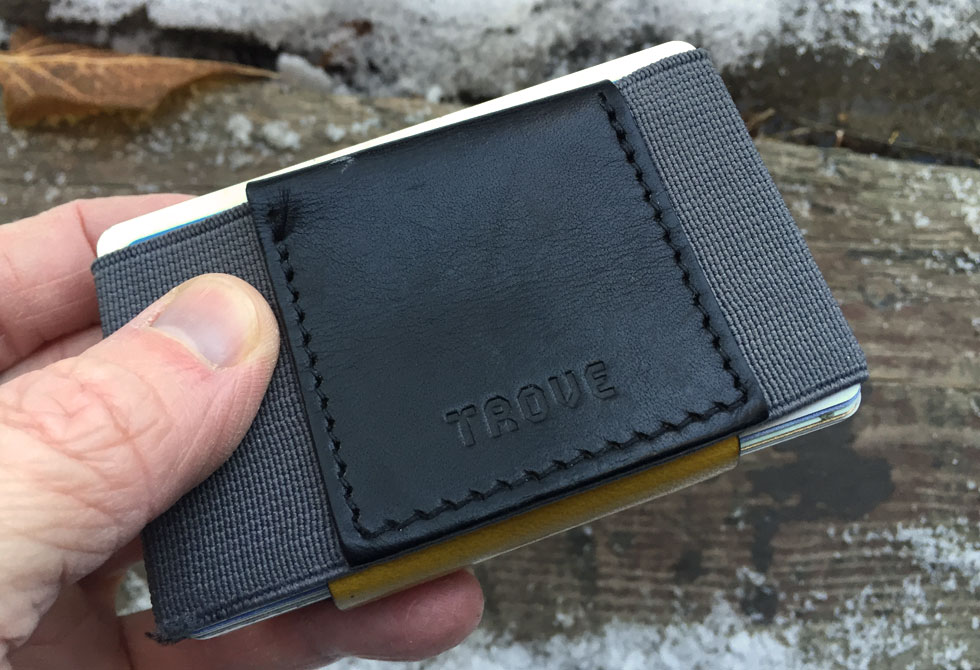 With all the latest gadgets offered for your phone, you might just think wallets are slowly on the decline. Maybe they are, or...

Stay glued to the path this winter with the Vargo Titanium Pocket Cleats. If you enjoy winter as much as we do, why...

Introducing the revolutionary ALU Dog Collar by MEMA. It’s redesigned for ease of use, durability, longevity and we can’t forget, style. This re-designed...