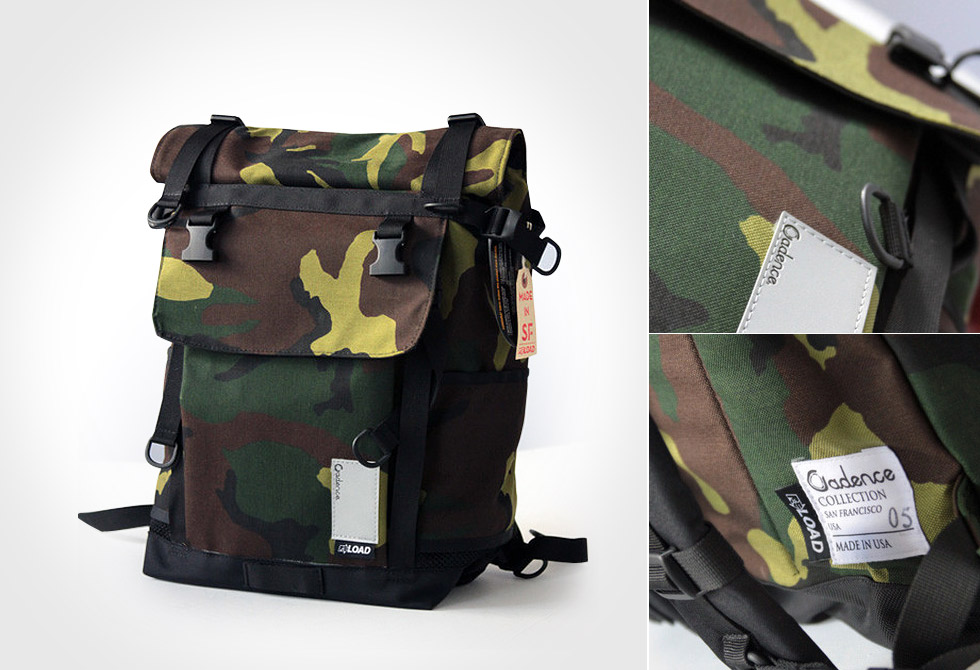 Take Flight with the RE Load x Cadence Flight Pack. Looking for a pack that defines who you are? Look no further, the Flight Pack is a limited pack developed by Dustin Klein and RE Load. Influenced by cycling, Dustin has devloped a pack that would be perfect for the pure-at-heart cyclist. With his desire to create, he has thought of everything from the inside out. Functional features include internal organizer pockets, outside pockets, and side water bottle pockets that include mesh for drainage. Influenced by his environment, this pack is designed to last. Manufacture in San Francisco, the Flight Pack is made of Ballistic Nylon and Cordura Camo, making this one light weight, weatherproof tough SOB. Individually numbered from a run of 20, be the first and last to sport this individual looking pack. Sold out, but check out what’s new at RE Load.

We’re always in the market for new and innovative packs, and the Lagunitas Pack by Boreas fits the bill. This revolutionary pack would...

Make room for the TOPO Designs x Danner Spring Collaboration. We always welcome a collaboration from these two top-notch brands. Both deliver exceptional...

Poler takes on another classic with the RollTop Back Pack. You can never have enough space, and Poler’s new Rolltop will accommodate regardless...

The ultra-minimal Krukke Backpack is built to last. Designed, handmade, and tested in Glasgow by Trakke, where the weather conditions quickly change, subjecting...

We’ll put our money on the fact that the MONOLITH Daypack by Heimplanet is addicted to abuse. It may not be military spec,...

Set your own direction with the Evoc Trail Builder Backpack. If you’ve ever tried building trails, you know it sounds better than it...