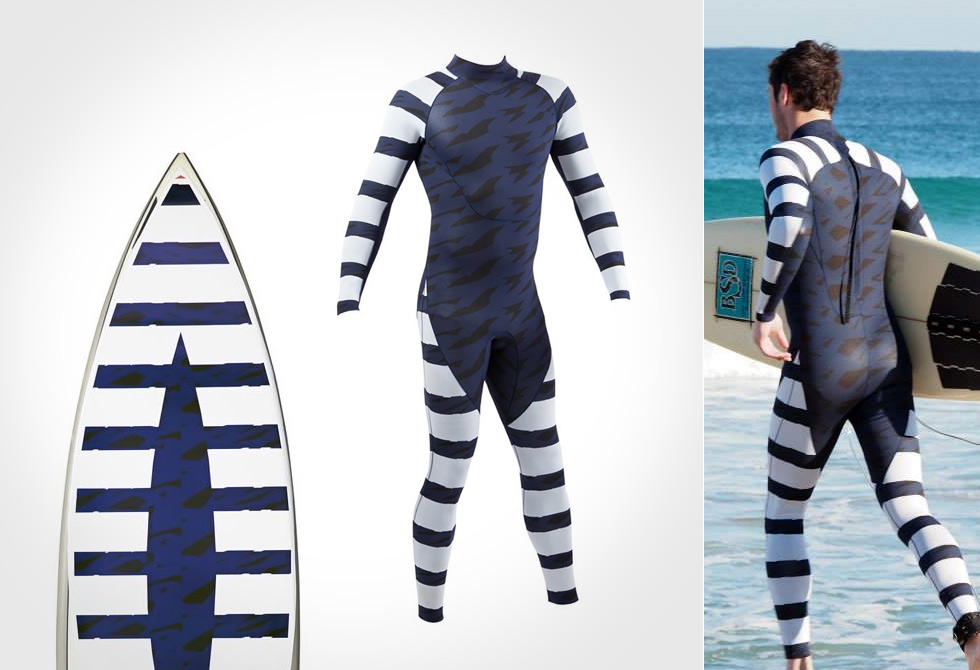 Introducing the new Diverter Wetsuit, the first shark deterrent wetsuit. There is risk in any sport, but there is nothing more intimating than the thought of being ripped into by a shark. Radiator is one of the first to incorporate SAMS (Shark Attack Mitigation Systems) into the design of their wetsuits. SAMS has applied evidence that stripe patterns act as a deterrent or repellent to sharks. Backed by scientific principles, the Diverter surf range (which comes in either a wetsuit or sticker that employees very specific contrasting colours, shapes, and dimensions) work together for maximum effect. In theory it sounds great, but I guess no one will know until you slip this baby on and test it out. Hopefully it works as promised, or if not you’ll at least go down rocking this vintage looking suit. Pre-order yours here.

The Black Out Light combines true designer form with all the function. Whether you regularly use your flashlight, or often put it away...

Introducing the Rhino Utility Tool by Hardcore Hardware Australia, the one tool you’ll wonder how you lived without. Tomahawk axe, pickaxe, chisel, and...

No more sleeping on your own with the Nemo Tango Duo Sleeping bag system. The Tango Duo sleeps two for the weight and...

Size doesn’t matter when it comes to the Schofield EDC Torch. Unless you need a back-up billy club, there’s no need for a...

Save the day the old fashioned way with the Fallman Bucksaw. The traditional bucksaw hasn’t changed too much over time, and why would...