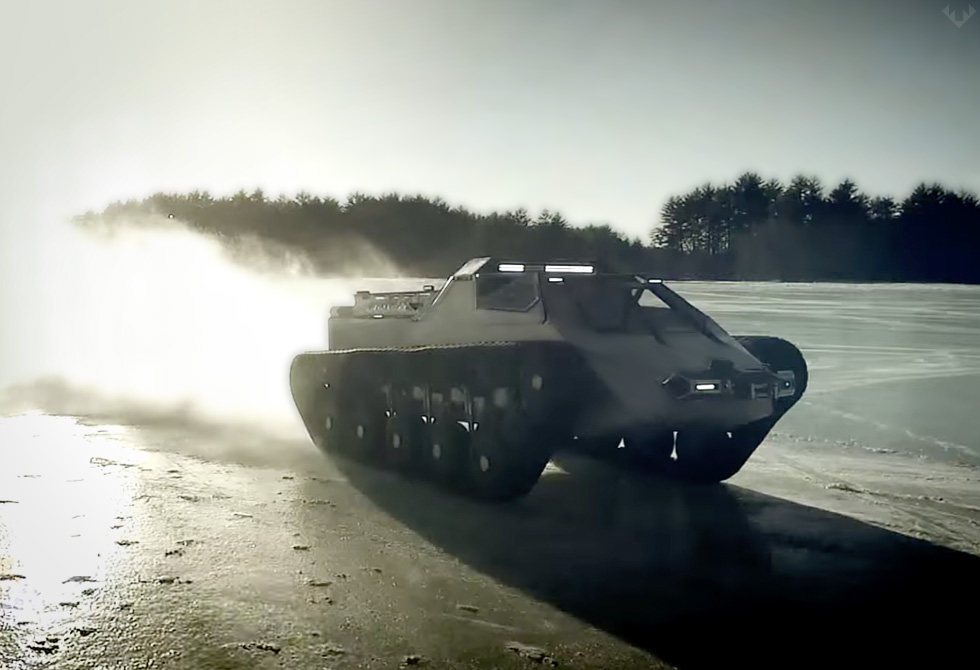 The forest doesn’t stand a chance with the course toothed Ripsaw EV2. Howe and Howe brothers have been doing their share of tinkering in the garage to come up with a crazy son-of-a-bitch tank. I’ve seen my fair share of monster trucks and off-road rock crawlers but simple put, the Ripsaw EV2 rips their heads off and eats them for lunch. The Howe brothers all began in 2001 with their Ripsaw, an unmanned ground vehicle that just happens to be the worlds fastest tank. At that time the brothers were the youngest to land a military contract with some serious braggin’ rights! As their company progressed they created several out-of-the-box inventions such as the Ripsaw MS1 which won Popular Science Magazines’ “Invention of the year” in 2009. The very next year, the Badger was awarded the World’s Smallest Armored Vehicle by the Guinness Book of World Records, and ever since then the accolades keep on coming. After a successful release of three vehicles in 2010 that included the Thermite (and unmanned firefighting ground unit), an off-road wheelchair, and finally the Riptide, an amphibious version of the Ripsaw. Howe and Howe are some seriously talented brothers and have landed several TV shows on Discovery Channel. Besides their many talents, the Howe brothers wanted to give back and started a non-profit Outdoors Again which is dedicated to the construction of a non-profit outdoor recreation park for disabled individuals and families who love fishing, canoeing and kayaking. These brothers kick some serious ass and it’s with inventions like the Ripsaw EV2 that continue to saw the competition in two, and leaves us drooling in anticipation of what they’ll create next.

Enjoy the beast in action below and visit Howe and Howe Technologies website to find out more. 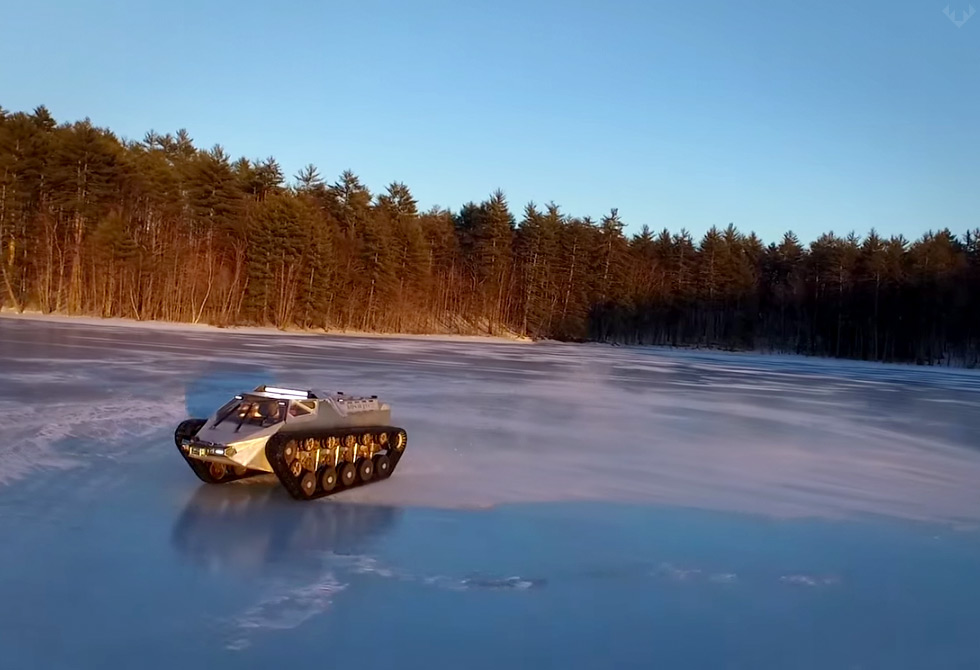 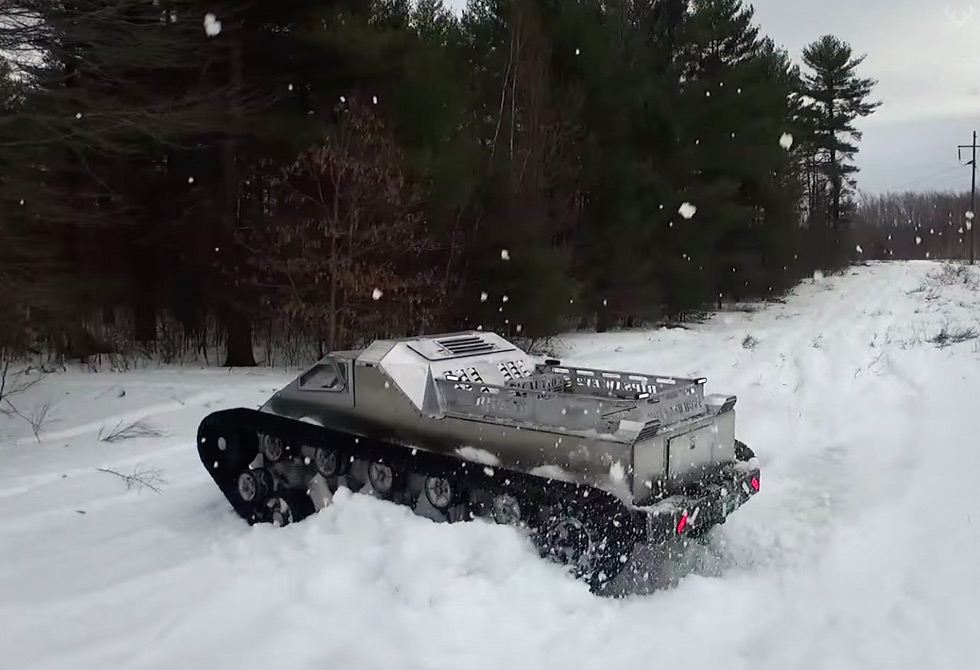 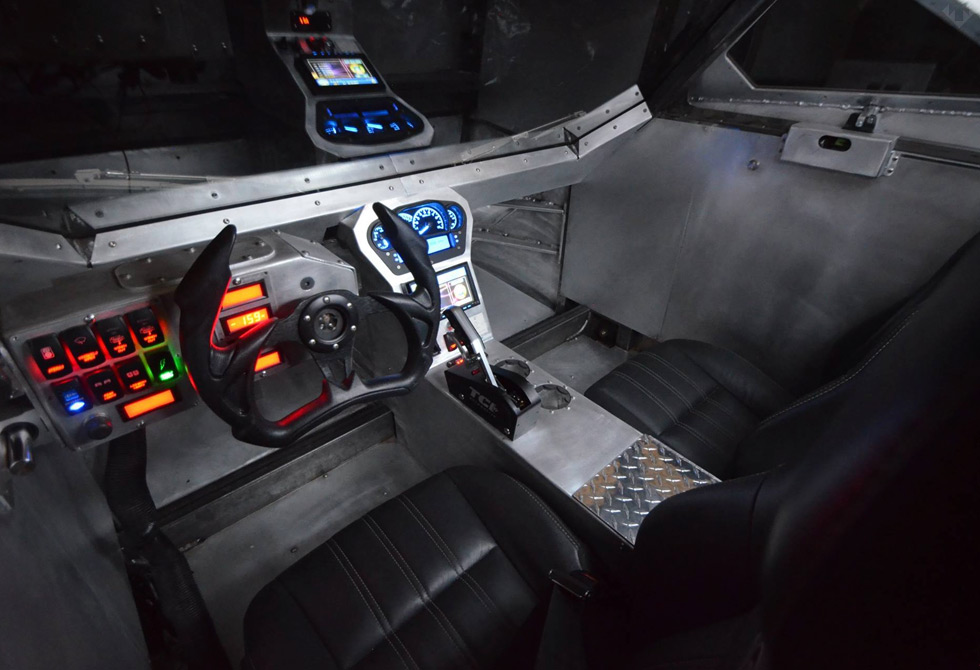 For all you Westfalia fans, check out the Dub-Box Camper Trailer. Rest assured no VWs were harmed in the process of making the...

The tale of the modern classic comes to life with the Jensen Interceptor R Supercharged. Just when you thought an old dog couldn’t...

Get your commuter fix with the Sparse Fixed Light System. If you follow us then you know we’re regular commuters that ride at...

Introducing the Selle Anatomica X Series Road Saddle, a saddle designed to move with you. There have been times when the boys get...

Woodworking meets the mellow skate culture with Sanford Shapes decks. When you can call sunny Encinitas, California home and you have a passion...