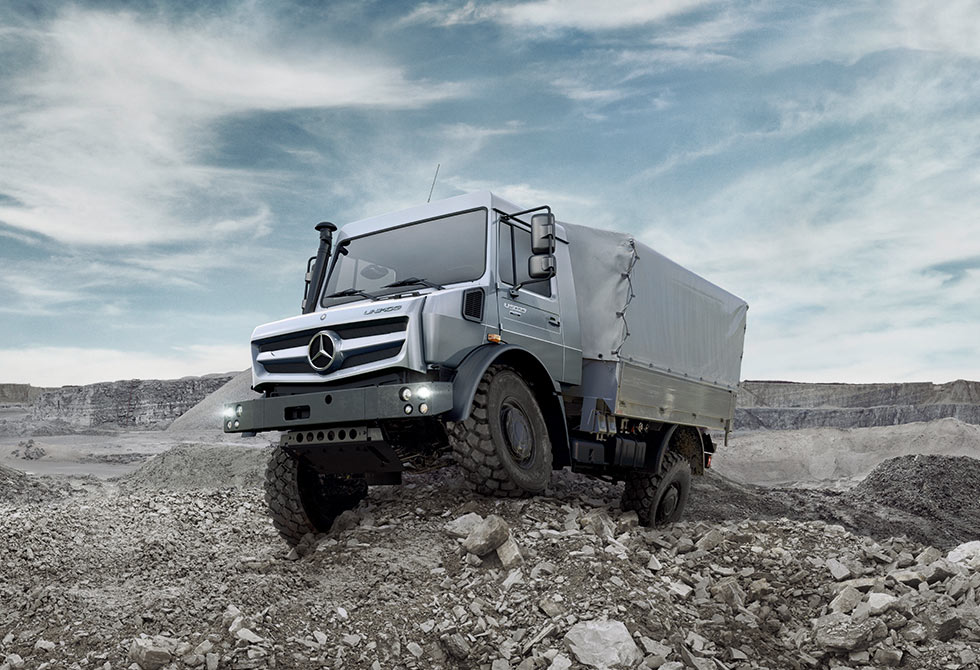 The off-road bar has been raised with the Unimog U. Just released is the 2013 Unimog U, and it won’t disappoint. Everything about the Unimog makes us want to drool, from its unique aggressive styling, to its versatility, right down to its all-purpose attitude. The Unimog is what little boys dream about, and adults like us desire to have. The new Unimog features true off-road capability that now has a lighter environmental impact; two thumbs up in our books. Some of the new features include a four-cylinder BlueEfficiency Power BlueTec 6 engine, a central tire inflation system “Tirecontrol Plus,”  and a new and improved transmission which includes eight forward and six reverse gears. With the new features they have also have upgraded its off-road prowess by lowering the center of gravity along with tweaking the frame structure, making it one of the most desired off-road vehicles going. Check out the beast here but we warn you, it won’t come cheap.

Less is more with The Flug Motorcycle. Deus ex Machina has been one of our favourite custom motorcycle shops, and it seems that...

The Urbannature Bike Block is the latest and greatest bike rack to hit the block. Living downtown, either in an apartment or condo,...

Introducing the Front Runner Slimline ll Roof Rack, built to adapt to your own adventure. If you own a SUV or truck, you...

Freedom is literally at your finger tips with the Bliss Mobil. There are many challenges in exploring that can take you in the...